Living conditions in rural areas are very simple. Paved roads are a rarity. As cars and fuel are very expensive, most villagers make use of (mule) wagons, bicycles or travel simply by foot. Sometimes huge amounts of goods are being transported through tiny pathways and their owner and vehicle often in danger of breaking-down. Human life and nature are intensively connected. Chickens and other animals run through the villages searching for their final corn of grain; feeding inevitably for a hungry family’s dinner table. Houses are made of clay, self-burned bricks, sometimes cow-dung, wood and banana leaves.

A family can consist of father, mother and often more than five children. With such a large number of children, the help of the older children is essential. From the beginning-on they take care of their younger sister(s) or brother(s). Sometimes a two-year-old runs on the street with his even younger sister, holding on to his leg. Children play an important role in educating their brothers and sisters and helping their mother with chores.

Not only was Tanzania a former colony of Germany, but also of Great Britain. Children still wear school uniforms at school. And schools are called “Shule”, as the German word “Schule”. The school pictured hosts 120 children and 14 teachers. The pupils have to take lessons in shifts with about 50 pupils in small class rooms.

Football, probably the biggest sport on earth has taken over Tanzania. The young boys use to play it during their leisure time. Most of the times, they share their field with the cows and people using it as a short cut to get to their destination. Clothes often serve as goals. Most of the boys play bare footed. Their ball is made of a bunch of plastic bags tied together. This system actually works surprisingly well!

<Click on the picture below to see the slide show of images.> 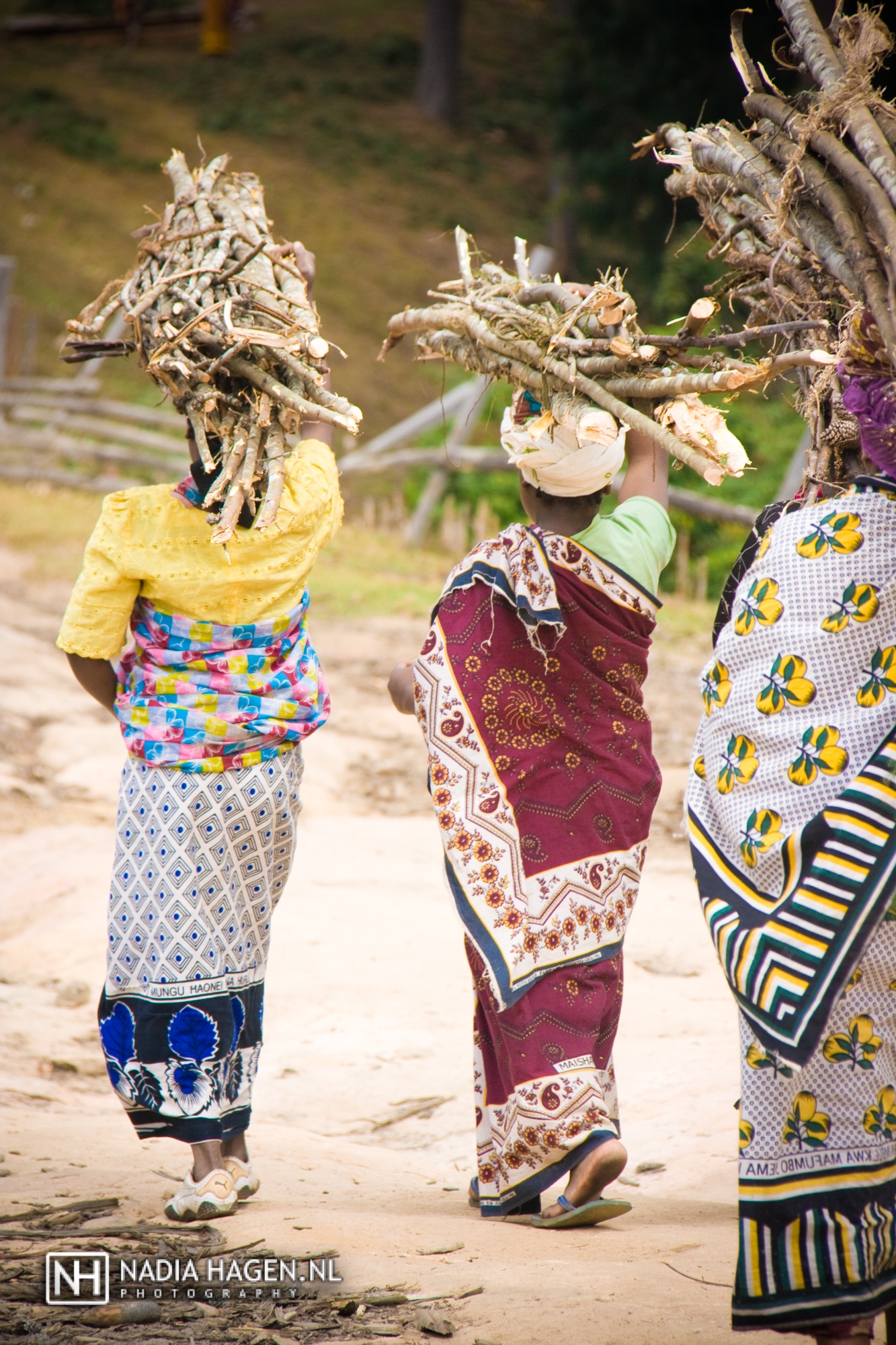 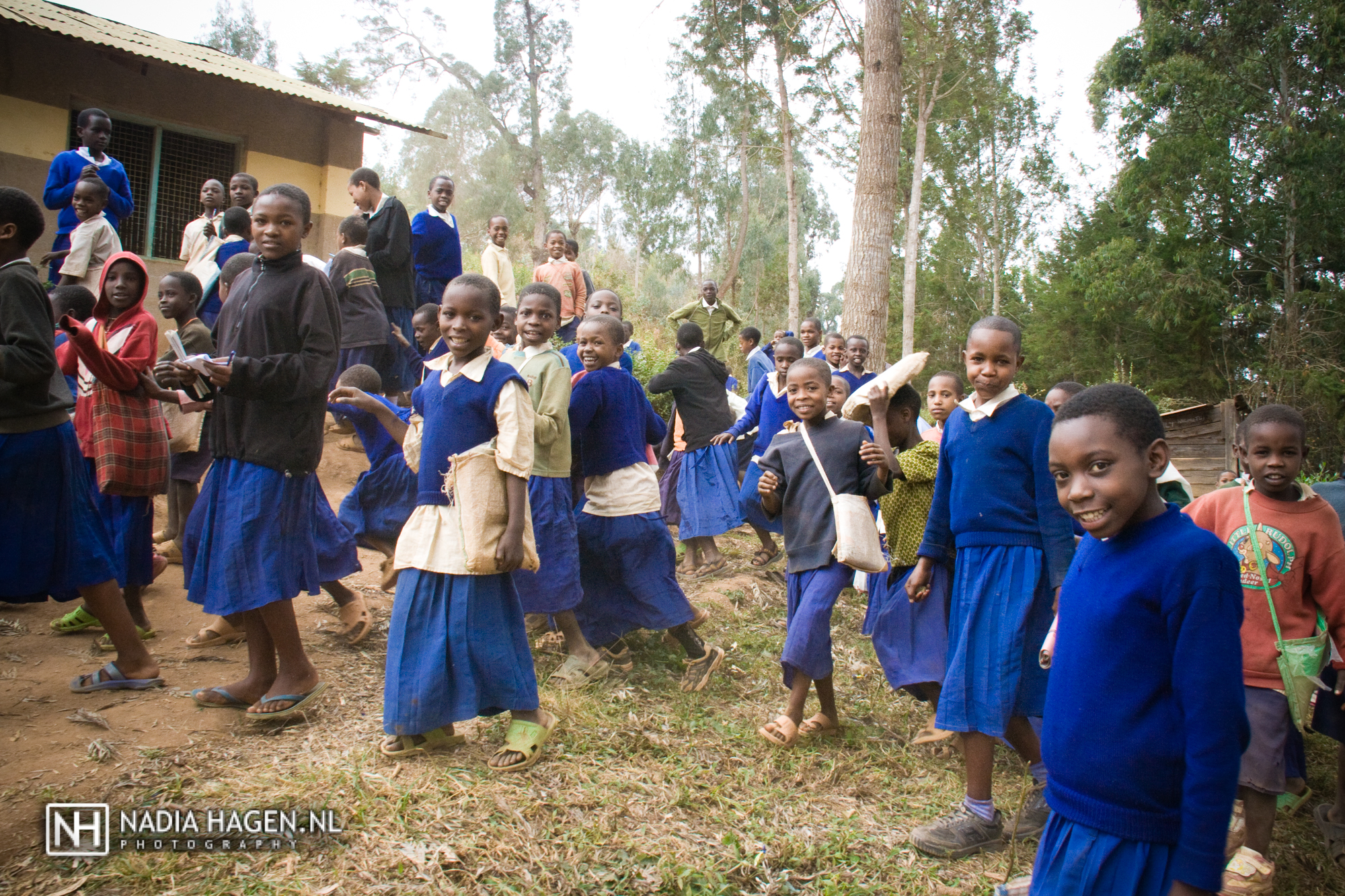 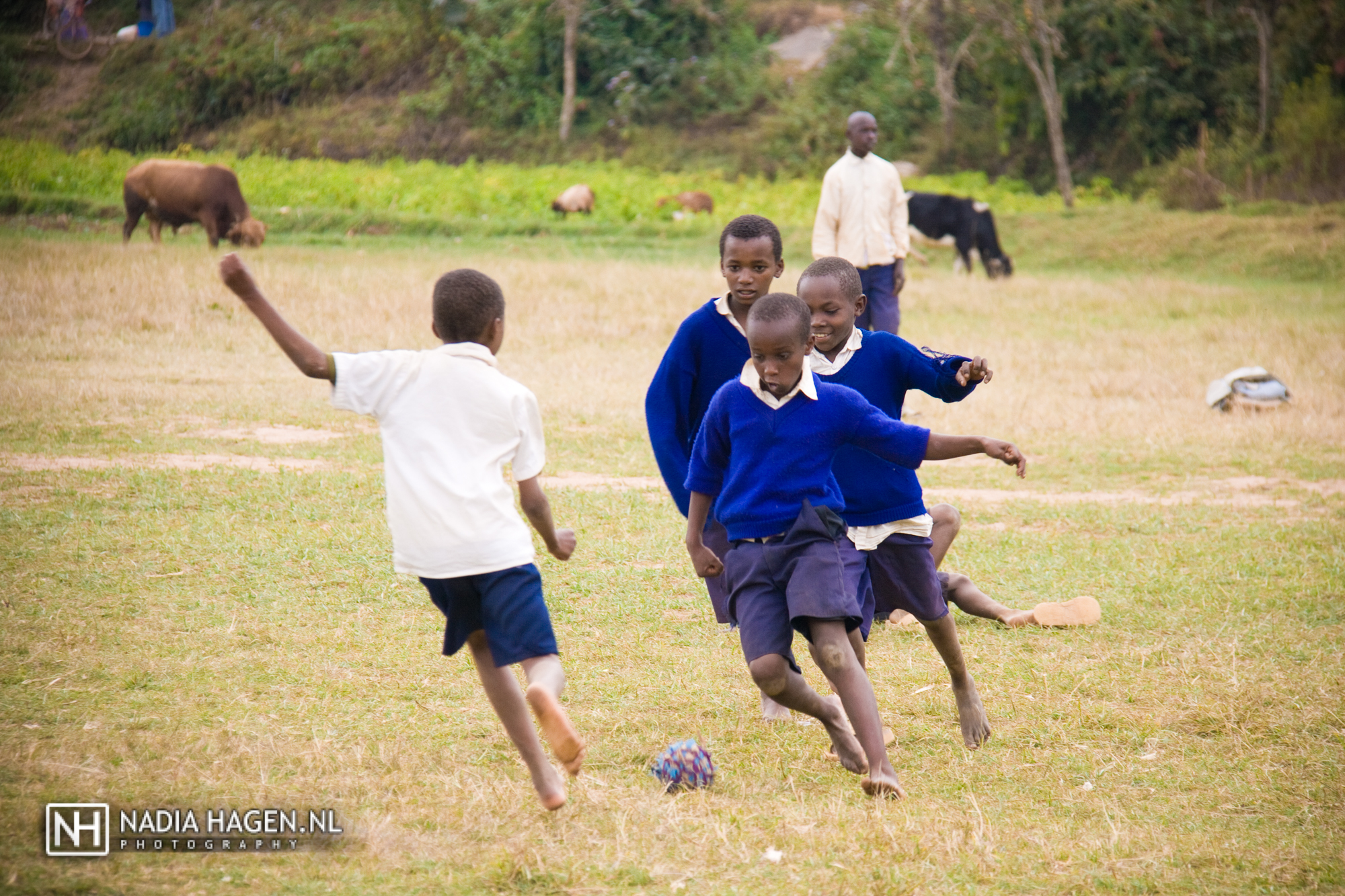